The weather gods were kind for the inaugural event, and on September the 30th 2017 we gathered at Boards and Bikes HQ to enjoy the concept in it’s natural environment: outdoors and around a blazing fire pit! Crackling in the background was the Box Pizza pizza oven, which churned out a constant supply of unreal wood fired classics. The ‘donations only’ bar saw some frenetic action after which stories were told, and the crowd were treated to incredible tales from all of our speakers, whose photos and videos really brought their experiences to life. Finishing off with heavy hitting African rhythms set against a backdrop of the Milky Way, the first event really was simply epic. Alongside the good vibes we managed to raise a grand total of £1162 from the auction of all of our prizes, the funds from which were split evenly between Surfer’s Against Sewage and Waves for Water’s Caribbean hurricane appeal.

We would particularly like to thank the speakers, who all gave their time for free.

Anto Baird doesn’t do social media, but wished to say that he was proud to have been able to use part of his life story to help people who needed it, and that he had already started thinking of the next adventure story he could bring to the event!

Kate Chandler had this to say about being involved on her Instagram:

Stu Swift finished off the event, and his talk of sustainable travel and the incredible spirit of Africa left the crowd with a great deal to think about. In addition to providing them with some inspiring images and words, Stu also brought the records he collected on the trip around Africa. You can hear a flavour of A West African Surf Odyssey thanks to the awesome ‘Stamp the Wax’ website.

Capturing the vibe of our first event was the task of Dr Sebastien Potthof,  aka Saltwatershots– thanks to Seb for the contribution!

The next instalment took place at the TyneBank Brewery in Newcastle Upon Tyne, on Friday 20th, doors from 7pm. 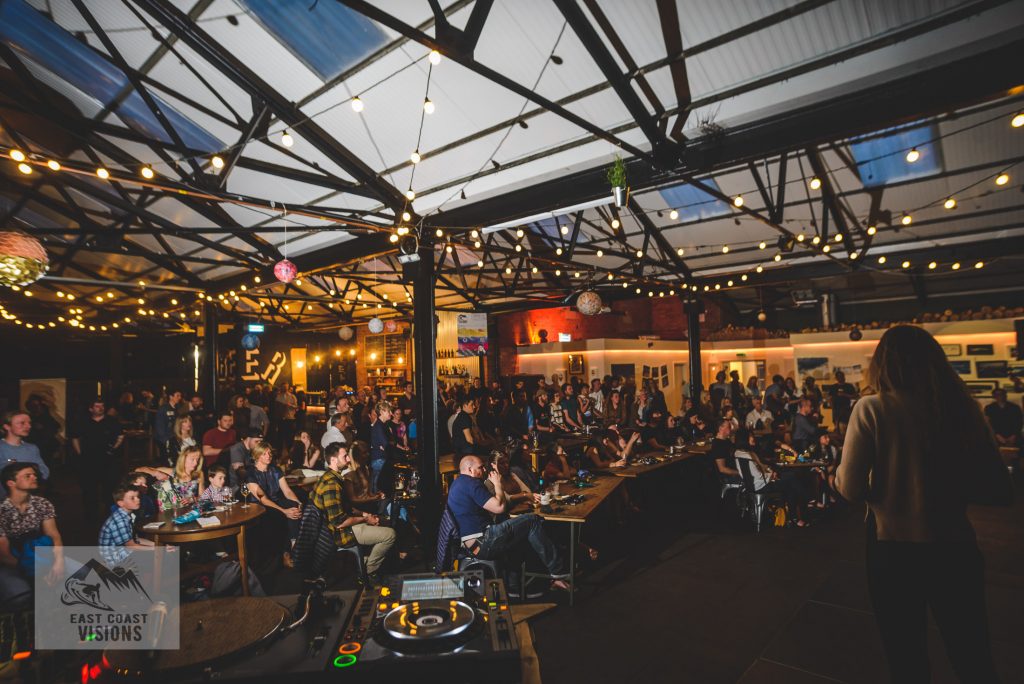 Featuring  all three of the speakers from the 2017 edition, we added a few new exciting additions. Anto Baird’s photos from the ‘Way Of Piste: The Southern Ocean’ were this time hung in a gallery exhibition.

Olympic Bronze medal winning snowboarder, Jenny Jones was the star of the show, bringing laughter, classic stories form the Olympic village and some amazing energy to the event.

With an even bigger collection of prizes and giveaways than the last time, we really went to town on spreading the good vibes this time around.

Massive thanks to Tynebank Brewery for having us, to all those who contributed on the night and congratulations to Sophie Haagensen for winning the ECV surfboard!

In collaboration with Fire 7 Ice, long standing charity that is famed for mountaineering, East Coast visions presented a staff development experience to the CEM, the Centre For Evaluation and Monitoring. 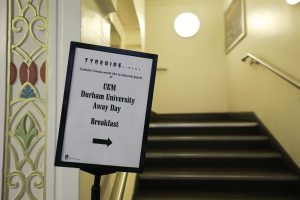 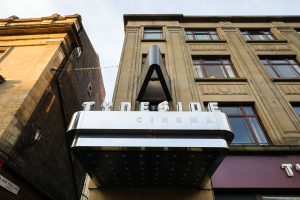 Bringing a flavour of the experience of a traditional East Coast Visions, this was a great way to make team building more fun. John Robson is an ex Fireman who has dedicated a huge amount of his time to Mountaineering, and his talk touched on both the technical, spiritual and physical aspects of taking on your own metaphorical Mountain, sometimes found in business and day to day life, as well as while actively seeking adventure.

Working with Tyneside Cinema, whose amazing facilities allowed John’s images to have a tremendous impact, everyone visiting took something positive from the day.