The pursuit of adventure is a driving force in modern life, but who are the people who are looking towards the horizon? The social world we live in brings us seemingly closer together with those we chose to follow, but sometimes it can also seem to widen the gap between the trail blazers and the trail finders. East Coast visions seeks to showcase those who straddle the line between normality and the quest for the unexpected; stories of adventure, freedom, social responsibility and cultural enlightenment. Join us for a trip in to a life less ordinary. 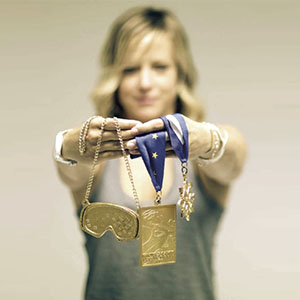 Jenny Jones started snowboarding aged 17 when she won a free lesson at her local dry ski slope. Fast forward 10 years past the glorious powder days, the countless hard slams and the founding years spent part funding her mountain lifestyle as a chalet girl, and you wind up with with a surprising story. Three XGames Gold medals, a number of podium finishes across snowboarding’s glittering international competition scene and then, the piece de resistance:  a Bronze at Sochi Winter Olympics in 2014. Fresh off the back of working for the BBC broadcast team at the 2018 PyeongChang Olympics, Jenny has a story of inspiration and commitment which spans a life working towards personal and sporting goals, and best of all- she’s here to take your questions about all of it! Jenny has also been an ambassador for Snow-Camp, one of our two organisations we are supporting from this event- a charity which seeks to support children discovering the many joys of Winter Sports. 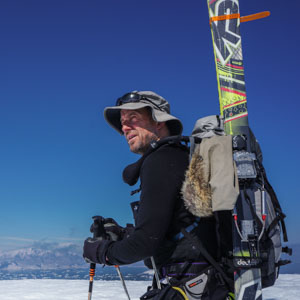 In 1922 Apsley Cherry-Garrard penned a vivid documentary of one of the great stories of human endeavor. Dubbed in no uncertain terms ‘The Worst Journey in the World’, it sought to illustrate the efforts of the great Antarctic explorers’ in their race to conquer the South Pole. While Scott failed Shackleton prevailed- but he too met his demise many years later in South Georgia.

Few people have the opportunity to visit South Georgia – and even fewer get the chance to ski there. Those who are prepared to sail across the southern ocean are rewarded with the ultimate turns, summits, and scenery in one of the most inaccessible mountain ranges in the world; black sand beaches teeming with antarctic wildlife, and deserted whaling stations frozen in time on the last stop before Antarctica.

It’s a long way from the slopes of The Cheviots to Gritviken, but Anto Baird had a camera on hand to document a voyage across the convergence zone into the world of the Frozen Planet. A specially curated collection of his photography will hang at Tynebank Brewery from 16th-27th April 2018.

‘If you’re brave enough to say goodbye, life will reward you with a new hello’ -Paulo Coehlo 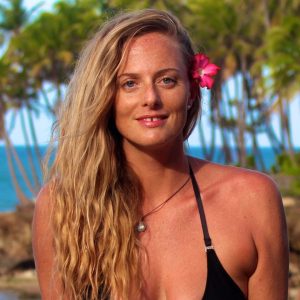 Our second speaker takes us further North, to a warmer climate & also to one of the most diverse countries in the world.

Past present and future, Brazil is a country where cultures collide. It takes a strong wind of change to carry someone all the way from Tynemouth to Brazil, but the geographical distance is only part of the picture. There are many people who call the North East stretch of Brazil the best kitesurfing destination in the world, so if you’re a pro it’s simply the place to go. To be the best you have be at your best; making this place home for 10 years was quite simply a way to completely redesign the parameters of the day-to-day. When that chapter moved to close with a return to English life & culture, there was suddenly a new question to answer- what was it that had been left behind, and how would it influence the future. A true to life tale of what life is like between the fisherman’s lines and the kite lines. 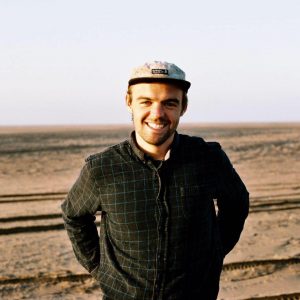 “Difficult journeys, such as overland trips through Africa, tell us many things about ourselves – the limits of our strength, our wits, our spirit, our resourcefulness, even the limits of our love” – Paul Theroux

In January 2017 Stuart and Callum Swift set off overland from London to Cape Town, armed with not a lot more than stack of boards, a pair of old film cameras, and a small library. For six months they traveled down one of the least explored yet geographically promising coastlines in the world, surfing, fishing, reading, and finding music. While at times challenging, their journey rewarded them with pristine beaches, empty point breaks, and enough fresh fish for a lifetime.

Stuart will take you through a photographic journal, touching on various themes including ‘sustainable surf tourism as a vehicle for social change’, and in the process hopefully remove a number of misconceptions surrounding the continent, putting the case forward for West Africa as a world class surf destination.

Thousands of miles through arid desert, up mountains and into the darkest skies on planet Earth; Searching For Light is the story of a literally astronomical tour.

A man from Sunderland spent years working as a bricklayer whilst carrying a big secret. A dark secret, even, for Gary Fildes always dreamed of the stars and the many mysteries of outer space. Gary took this passion project and slowly turned it in to the monumental success that is Kielder Observatory. Introducing thousands of people to the stars through the many workshops and stargazing sessions at the observatory, one success led to another: Northumberland National Park became a designated dark sky area. Gary’s story then takes him from Kielder to South America, into the Atacama desert and beyond, always looking up, always chasing the darkest night sky. Finding the biggest array of telescopes man is yet to build, and in doing so, allowing him a chance to see in to the past. Presented as part of the East Coast Visions programme at Durham Adventure Festival 2019, Gary will be speaking to his audience after the film on Sunday night. Offering a glimpse in to the making of Searching for Light alongside the compelling take on astronomy Gary has been sharing with thousands of people at Kielder, this is a special bonus talk to close out Durham Adventure Festival 2019.